Home / News, press about us / Skippers of YachtVoyage win the European regattas

Today we will tell about"the East 105" regatta, in which skipper of our Yacht Voyage Company Yuriy Sidorov with companions won first place in a class. 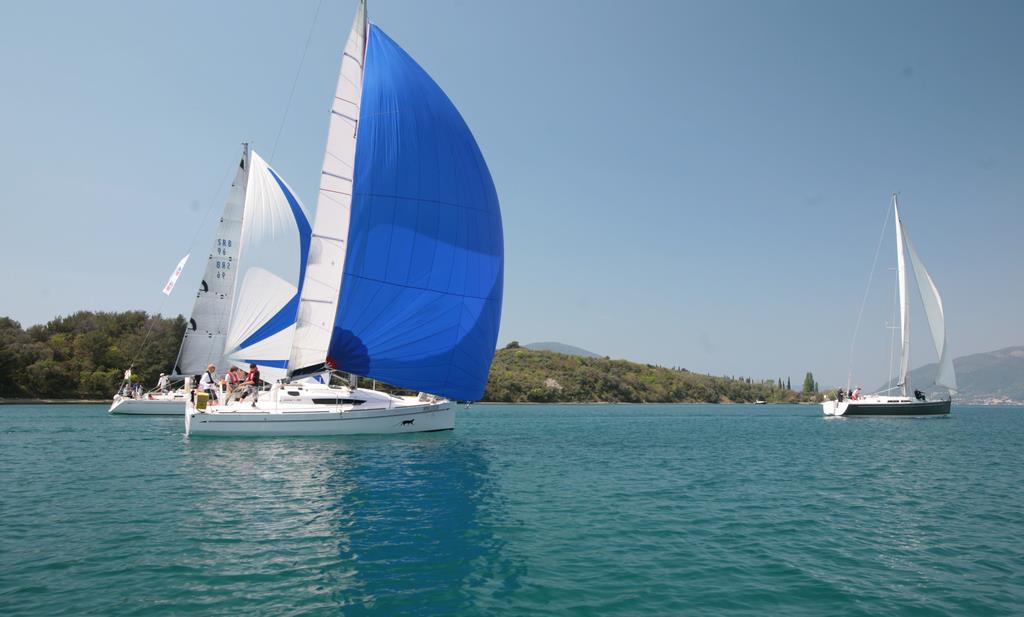 Forty eight crews of sailing yachts came for start of the international "the East 105" regatta on route - Bari (Italy) - Herceg Novi (Montenegro) on April 25, 2013. There were yachts of such classes as Volvo Ocean 60, GP 26, First 40,7 and others. Among them and our crew on the Black Cat yacht (Elan 310). "The black cat" was one of the smallest yachts on a regatta that reduced chances to borrow prize-winning place in race. We will consider this regatta training before a new regatta which prepares the Yacht Voyage Company in Adriatic Sea "Yacht Voyage Catamaran Cup 2013". 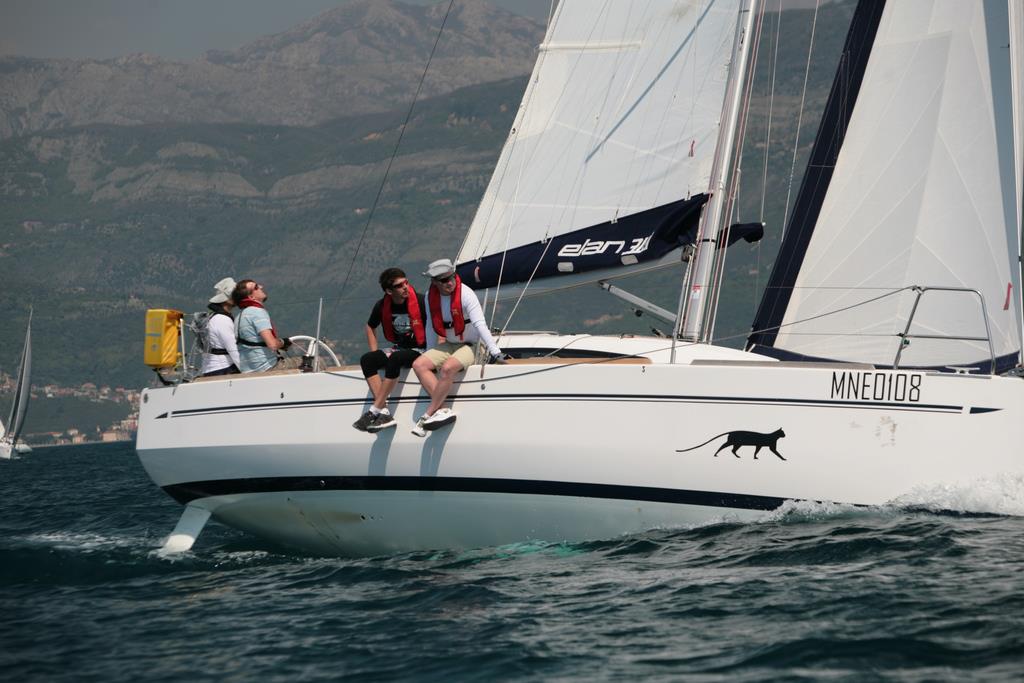 Weather in the water area was close to calm, yachts hardly maneuvered along the starting line. For 10 minutes before start the wind fell to 2-3 m/s. "Cat" started in the middle of fleet under genaker as much as possible sharply by a wind. While other boats were under genuyam. It was the risky policy stroke because of opportunity to appear leewarder than all rivals and to lose in sharpness of the course, but at the same time it gave certain advantage to "Cat" in speed. Long enough it was possible to hold the position of rather larger boats. Later a couple of hours of intense struggle the wind came closer to the East and amplified. To continue to bear a genaker became unfavorable. After statement of Genoa we became considerably losing in speed to larger boats and missed about 4 yachts forward. But masterful yacht steering and work with sails allowed to reduce lag to a minimum, which was planned to win back on the second half of a distance. By the evening carbonic sails of leaders of a regatta settled down much more to the north and almost were behind the horizon and the fleet of a regatta started being divided into some parts. Faster boats and their persecutors who made the main subgroup moved directly at a general course. 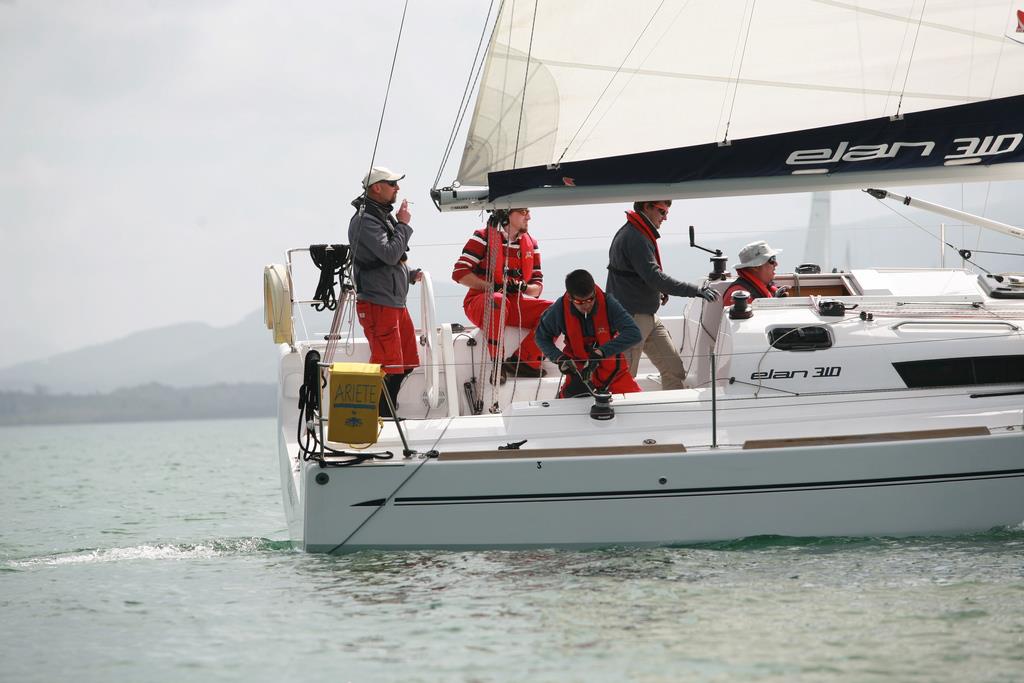 Here it would be desirable to recede and look at types of yachts and catamarans which exists a little big set: for example a luxury sailing Lagoon 500 catamaran or catamarans which will participate in YachtVoyage -Lagoon 380 regatta. These are big high-speed yachts with one noticeable difference from the one-case - they are very comfortable that allows and to participate in regattas and just to have a rest on the sea without need to remove hotel ashore, to suffer unclear neighbors and to consider garbage on public beaches. Yacht Voyage Company already has opened a season and offers a charter of yachts and sailing catamarans in Adriatic Sea.

We will return to a regatta: the crew of Black Cat decided to risk and not to follow the main part of the fleet. The decision to give preference to more full courses and a pure wind was made. By the night a wind was replaced to northern, northwest that undoubtedly helped us. A rate on change of weather was true and all night long "Cat" went under a genaker, surely catching up with fires which are seen on the horizon of other regatta participants. Even, when the wind abated to three knots, the boat continued to move with speed more than four knots.
By five o`clock in the morning in fog, in the first whiffs of a breeze "The black cat" imperceptibly crept to unsuspicious, dozing competitors. They didn't expect such surprise. Our emergence caused serious alarm on decks of other yachts that caused a series of mistakes. And all shy attempts to prevent overtaking were unsuccessful.
After dawn it was necessary to pass about 20 more miles of a distance when the wind unexpectedly abated for half an hour, and through some time cardinally changed the direction and again amplified. Our tactics again was true, after all boats which left to the north, had to sail against winds when we needed to make short four tacks, and it was possible to come in the Bay of Kotor on a homestraight - it is possible to say to a homу, because here is our main basis of catamarans for a charter and sea tour.
At the entry to a narrow neck of the gulf, long-awaited contact fight began. Crews of a regatta prepared to the last breakthrough and opportunity to improve the position. After rounding of the rocky coast on masts one by one lifted genakers and spinakers. Boats closed each other by sails to extinguish genaker of the opponent which is very difficult to be carried on a passing course at a light breeze. Our boat came into the gulf together with the second, main group of boats.

Running away from a competitor, "Cat" came to a "pure" wind and promptly rushed to the finishing lines. As a result: the separation from the next persecutors grew from several tens meters to a half a mile. We were fourteenth, who crossed a finish line, for only 4 minutes having lagged behind the Belka yacht (First 40.7) - winners of the Rolex race of 2012.

For those who understands not everything in sea terms we have a section - yachting for beginners, where known yachtsmen impart experience.

We congratulate our team!!!

also we hope for new victories!