Home / News, press about us / Raising of Yacht Voyage sail on new catamarans in Le-Sabl-d'olon

All catamarans successfully underwent testing and are already floated.

Friends, we are glad to remind you that Yacht Voyage Company received in the order 13 new catamarans from Beneteau Cata-Lagoon CNB shipyard. All models successfully underwent testing and are already floated (photos of this event are here...). From conquest of new water areas they are separated by only one step - this is traditional rising of a Yacht Voyage firm sail that is what our team does now in the city of Les Sables-d'olonne. 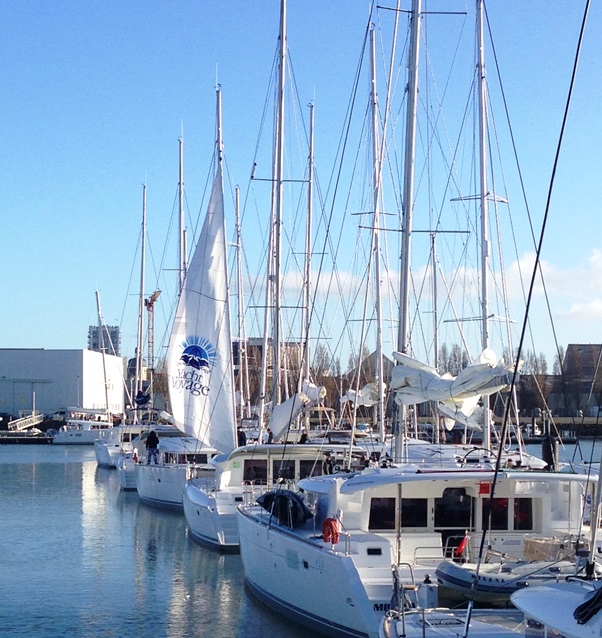 For us it is not just a final stage of courts acceptance, it is really solemn moment, after which the newly made catamaran becomes an integral part of the company fleet. 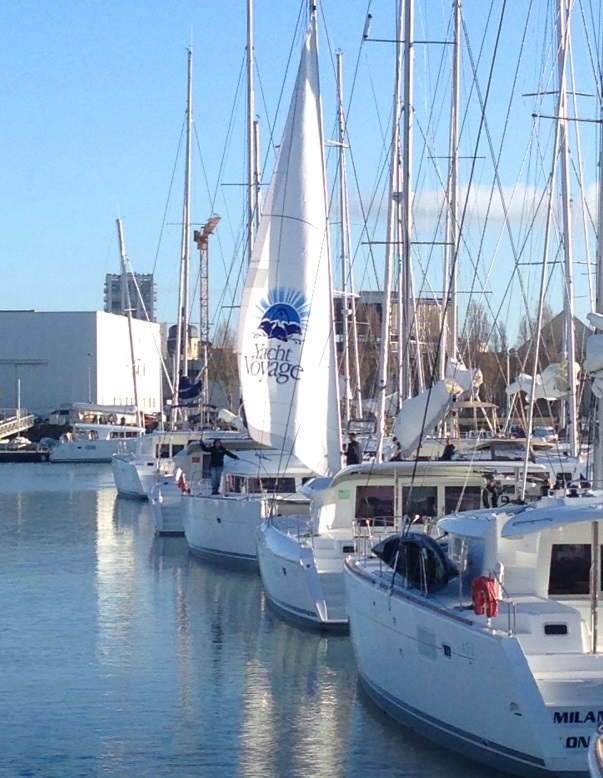 Rising of a sail on the vessel is the beginning of its big travel to the world of improbable sea adventures.
By YachtVoyage tradition, we appropriated them female names:
Lagoon 400S2 catamarans 2014 year of manufacture- SHARLOTTA, ELINA, NADIN, ADEL, LAURA, SIMONA, VLADA, VASILISA, NEVINA,
Lagoon 450 catamarans of 2014 year of manufacture - MILANA, SOLANGE, EVA, IRINA. 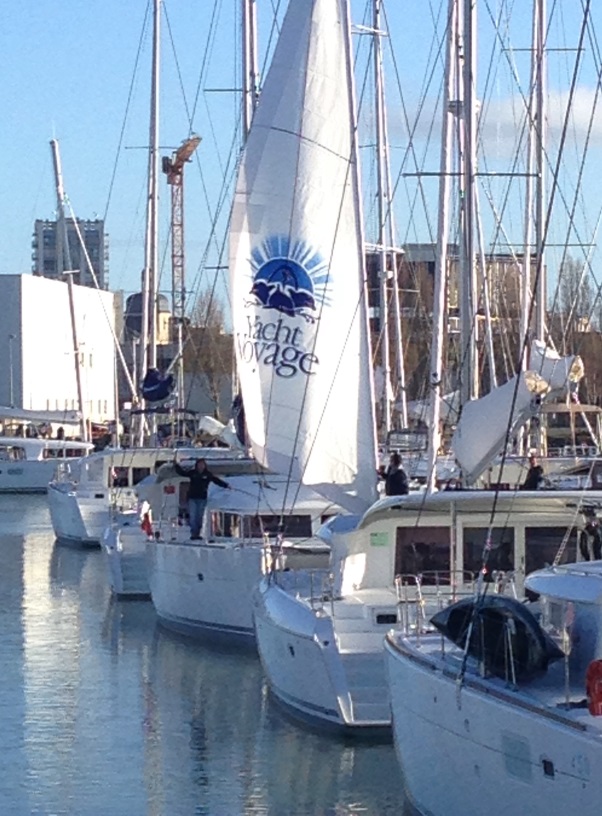 Our catamarans will visit the most picturesque corners of the planet where will confidently waves be plowed, moving towards to new opening. Traditions of descent of the ship to water and a rising of its sails leave in deep past. For example, in the Middle Ages this ceremony priests directed. After a prayer and blessing they gave the order in which from under the ship wedges and subtime were started beating out. The priest also named the lowered ship and was considered as his godfather. Today times changed and traditions became more secular, but anyway, didn't lose the importance. With the beginning of a new season we will be glad to see you onboard of our catamarans. Concerning rent and early booking of catamarans you can contact our phone managers: +7 495 721-49-79, email:sales@yachtvoyage.ru, skype: yavoyage or through a feedback form on the site.

Our contacts in Montenegro, Spain and Italy are on the map...