Home / Yachting, sailing for beginners / Basic principles of mooring of the yacht

Basic principles of mooring of the yacht

We will tell how to moor by yacht

Mooring of a sea vessel is one of the most important elements in development of practice of the yacht management, along with navigation or sailing directions

To moor correctly the yacht, for team of professionals often is not a big problem but for fans and beginners the situation is different. Mooring of the vessel can be compared very roughly with a car parking. There are some objective factors because of which mooring can be given not easy. Let's consider the main of them. First, each boat has the features, to which need to get used, also, as it is necessary to get used to management of a car, at which wheel you are for the first time. Secondly, the control of the yacht is complicated by its considerable dimensions, weight and inertia at the expense of what, time between turn of a wheel and the real movement of the yacht is significantly more, than car`s. Thirdly, the vessel is especially subject to external factors, such as wind and sea current that considerably influences process of management of the yacht. And at last, fourthly mooring, anyway, represents a stressful situation which actively is followed by psychological fear to damage own or others vessel, or to cause damage to yourself and team. Without looking on all seeming difficulties in mastering skills of mooring, it is possible to seize them, and it is necessary to begin, of course from the theory. In this article we would like to tell about the most important aspects and the principles of mooring. 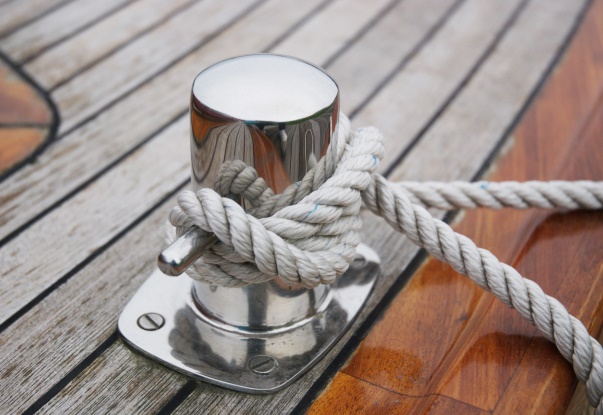 If onboard the yacht you act as a skipper, just before mooring it is necessary for you to do the following actions:
1) To carry out detailed instructing of team. Each crew member has to know well that, when and how he has to do not only in case of mooring of the vessel, but also in general in any sea situation, from harmonious work of the team practically everything depends.
2) It is good to study the scheme of a marine in which a team is gathered "to harbor". In advance and in details to plan the route to a pier, to pay attention to shallow sites of the water area and others, potentially dangerous places which are found on the course of your movement.
3) Before an entrance to a marine (approximately for 300 – 500 m) to put the diesel on idling and to furl sails. Coming nearer to beacons, fenders need to be hung out on boards, to sort the fodder mooring ends and to fix them for the next to a stern cleat on boards, to collect in bays and to enclose outside the fodder railings. To prepare the anchor winch for work.
4) To enter a marine at low speed (no more than 3 knots for wind influence minimization) and to stick to the right part. To begin searching of the empty seat for the parking.
5) It isn't necessary to hurry with a place choice, it is recommended to assess carefully situation, having taken a detour at low speed all along the local water area.

After you found suitable parking place it is necessary to start directly to mooring:
1) The first that it is necessary to do is to place team correctly. Here is the classical example of arrangement: the skipper or the helmsman stands behind a steering wheel, regulating the speed and the direction of the movement of the vessel, two sailors for secure settle down on boards, on a fore the "anchor" stands, and abaft – "Stern" with the windward mooring end. The sailor's task on a fore at the command of the skipper to give an anchor (or to pick up it), and a task of a stern to descend on the coast and to fix a mooring for a cleat.
2) To begin mooring it is necessary that the helmsman turn the vessel by stern perpendicularly to pier, and "anchor" let out about 4-8 depths of an anchor chain. The stern sailor has to jump off on the coast and temporarily to set stern mooring for a ring on a pier in that way that the skipper could depart a little back and to level the boat. As soon as the yacht managed to be leveled perpendicularly to a pier, mooring lines are fixed finally and give an anchor. Further it is necessary to check, whether the yacht stands still at the included movement back. If yes then all is good and the provision of the vessel can be adjusted by the mooring ends if the anchor wouldn`t take away, it is necessary to depart and throw it repeatedly.
3) When the anchor took, it is necessary to let out gradually an anchor chain, controlling the engine distance between stern and pier. When this distance is about a half-meter, the anchor is required to be stopped. "Stern" has to pass to a pier and set windward mooring, return it aboard and fix on a cleat. The same way leeward mooring is set, then the anchor chain is tightened to tension. It is ready, the vessel is moored!

And if all this is boring for you, or isn't necessary, or something else, simply charter the yacht with the skipper, first he will make all by himself, and secondly if you are interested after all by navigation or primitive skills of mooring (or other useful things) - then the skipper will show you everything in practice and will give the chance to try! We invite you in our office, to reserve boats for the next season, sales have already begun!

There is one more excellent way to learn to manage the sailing and motor yacht in actual practice of transition and to gain miles - in March, 2015 YachtVoyage offers the most interesting transition round Europe - from France through Balearic Islands to Sardinia and then to Montenegro